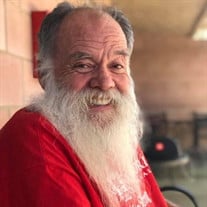 Obituary of Brad Lee Keller 4/20/1961-6/10/2021 Brad was a free spirit indebted to no one. He always enjoyed a long bike ride on Betsy. Over his life time he had many friends, from bikers to neighborhood kids. He loved being out with his fellow bikers, swapping stories or hanging out in the garage building bicycles and motor cycles for the neighborhood kids. With Brad, life was not a journey, it was about having a good time, making stories and working hard to get there. Brad worked harder then some, although he hadn’t punched a time clock in many years, he always had work to do and fun to be had when he was done. He enjoyed being the center of attention when it came to kids. He loved their curiosity and fed into it. Giving the niece and nephews Scooby Snacks was memorable, they all enjoyed eating the same dog food as Scooby Doo. Brad earned the nick name “Piece of Cake”. When ever he was asked if something was possible and if he could do the work, he would respond, “Piece of cake”. Brad was a licensed plumber, but his joy in life was pet grooming. Asked what he does if a dog bites him, he said, “Bite them back”, and so he did and they got along fine after that. In Barstow he was the owner of Pet Castle Grooming. Later after relocating to Oregon, he worked for Pet Co as a groomer. Brad was preceded in death by his wife Debra Hunt Keller, step-daughter Tepra Dooley; parents, Clarence (Clancy) and Vera-Fay Keller, brother Philip Keller. Brad leaves behind his brother: Bryan Keller and wife Marquetta (Alison), sister: Sandra Irby (Bill), Nephews: Tom Shoemake, Jake Keller, Steve Frazier; Niece: Sarah Frazier, Kelly Irby, Shelly Irby-Jenkins, eleven great nephews and 2 great nieces. He also leaves behind the kids who called him Pops; Kyle Axe, Dustin Friedman, Zachery Berndt, Christina & Trista Baca, Hannah, James & Jessie Contraras. His lifelong friendships: Jan Brown, Kelli Donahoe Watson, Jill Belli Moss, Mary Esquivel Pinkus, Tanya Baca, Dutch, Ray and Kevin Caswell, Kelly Chambers, Roy McGinnis, Jeff Deci, Mike Blaisdell and Billy Abby.

Obituary of Brad Lee Keller 4/20/1961-6/10/2021 Brad was a free spirit indebted to no one. He always enjoyed a long bike ride on Betsy. Over his life time he had many friends, from bikers to neighborhood kids. He loved being out with his fellow... View Obituary & Service Information

The family of Brad Lee Keller created this Life Tributes page to make it easy to share your memories.

Send flowers to the Keller family.