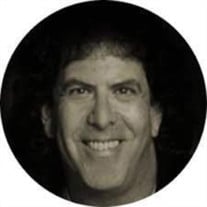 Marc Tanner Obituary Veteran music producer and songwriter, Marc Tanner passed away in Brentwood, California on April 10th of heart disease at the age of 68. He was known for his passion of life and music which was embodied in his work. The artists he collaborated with heralded him as the genius that brought out the best in them. Tanner began his career with the self-titled Marc Tanner Band, releasing two albums on Electra Records in the 1970’s. He then went on to work as a producer and songwriter for Rondor Music, Warner Chappell Music and BMG Music Publishers as well as Maverick Entertainment co-founded by Madonna, as well as and ESPN Television. In 2006 he founded the multimedia company and record label Chime Entertainment in association with Universal Music Group. He held the title of President and CEO until the company was dissolved in 2014. As both a producer and songwriter Tanner worked in various genres of music that included rock, pop, electric pop, dance and country. He also scored major motion pictures. Career highlights and noted award nominations and wins include an Oscar nomination, #1 Billboard and NARAS award for the soundtrack of the blockbuster film “Armageddon”, featuring Aerosmith’s classic, “I Don’t Want to Miss A Thing”, and a Grammy and Golden Globe nomination for the soundtrack of “My Best Friend’s Wedding”. Additional soundtrack credits include, “One Fine Day”, “Tin Cup”, “Love, Actually” and “Runaway Bride” among others. Billboard Awards include, Record of the Year 2011, Top 10 Producer of the Year, and Best of All Time edition for The Calling’s, “Wherever You Will Go”, as well as for Wilson / Phillips’ Christmas album. Rolling Stone named The Calling hit the 8th Biggest Song of the Decade. Tanner estimated that his music productions equated to approximately 70 million in worldwide record sales. He worked closely, as a producer and writer with many of the industry’s top talent. Some of them include U2, Cheap Trick, Sir Paul McCartney, Nelson, Snoop Dogg, Eddie Money, Mary Chapin Carpenter, Little River Band, Berlin, Shawn Colvin and Jupiter Rising, to mention a few. Marc requested that no memorial service be held, but that if people want to get together and celebrate his life they should do it privately and joyfully, remembering how he tried to make everyone’s life better every day. He is survived by his cousin, Jordanna.

Marc Tanner Obituary Veteran music producer and songwriter, Marc Tanner passed away in Brentwood, California on April 10th of heart disease at the age of 68. He was known for his passion of life and music which was embodied in his work. The... View Obituary & Service Information

The family of Marc Lee Tanner created this Life Tributes page to make it easy to share your memories.

Send flowers to the Tanner family.